The Ultimate Guide to Garnets 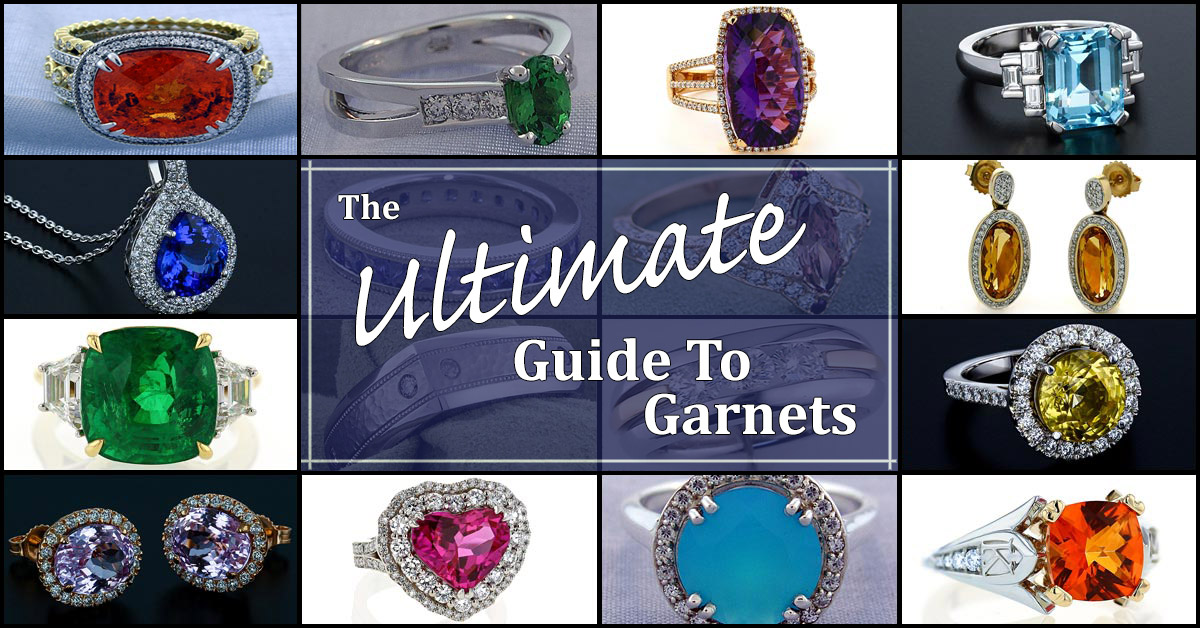 If you’re looking for a gemstone that’s bold and fashionable, take a few minutes to learn about the latest jewelry trends, featuring garnets. Garnet jewelry is sure to make a vivid statement, and garnets have a rich history filled with sentiments of love and passion.

Garnets are best known for their deep red hue, but there are many other surprising colors of garnets as well. In fact, they come in every color of the rainbow. Read on to learn more about the versatile garnet. 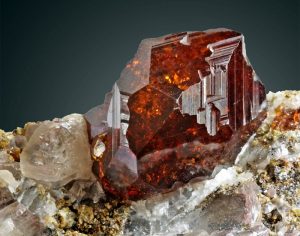 The garnet is one of the earliest gemstones known to be used in human history. Garnets have been found among human artifacts from at least 5000 years ago, with some of the earliest discoveries coming from the civilizations of Ancient Egypt and Sumeria. Garnets were extremely popular in the Roman Empire, and soon became traded all over the world.

The name “garnet” comes from the Latin word “granatus”, which means seed or grain. It’s thought that garnets were given this name because they look so similar to pomegranate seeds when they are embedded in the surrounding rocks. In their natural form, garnets are very similar in size, shape, and color to pomegranate seeds.

Garnets can be found all over the world. The United States, Australia, India, China, Brazil, and Sri Lanka are some of the top producers of garnet. Rare star garnets are found in India and in the U.S. state of Idaho.

Garnets are known for their rich, deep red hues, but a wide variety of other colors are available as well. You’ll find garnets in red, orange, yellow, and green, as well as in blue, purple, pink, brown and black. Green garnets are some of the most valued for their rarity, but blue garnets are even more rare, and none of these were discovered until the 1990s.

Some garnets even change color, and these are also in high demand. Variations in the intensity of light produce a range of different colors within the same stone. A common color shift would be between purple, red, and pink, depending on the lighting conditions. Other shifts along the color spectrum are possible as well. Rare blue and green garnets can also shift color to purple, making them look similar to alexandrite.

Many garnets are clear, with no visible impurities. However, star garnets are also highly valued, as their impurities can make beautiful designs, like a star pattern. Star garnet gemstones are usually opaque, and are colored a deep reddish-black or brownish-red. The star effect comes from inclusions of rutile in the gemstone. The rutile most often displays as a 4-rayed star, but 6-rayed stars are also possible (and quite valuable).

Most gemstones are heat-treated to preserve their structure and enrich their color, but heat has the opposite effect on garnets. Garnets are at their best when they’re not subjected to synthetic processes, so the beautiful color and clarity that you’ll find in garnet gemstones is all-natural.

Since garnets are so widely available, garnet gemstones in jewelry are also most likely to have been found in nature, rather than created synthetically in a lab. Synthetic garnets are more likely to be used in industrial applications, such as magnets, lasers, or abrasives.

Garnets have a rich history of powerful symbolism. Red garnets can be used to symbolize love, sensuality, and passion. As a romantic gift, they can represent a long-lasting commitment. Green garnets can symbolize creativity and rich emotions and can also be intended to signal wealth and prosperity.

Garnets are typically cut and faceted to best display the color and brilliance of each gem. Red garnets are available in most of the popular gemstone cuts, but some of the more rare varieties of garnet might be cut in a way that maximizes the carat weight instead.

Garnet engagement rings are a popular choice because of the variety of styles and colors available. The classic red garnet remains a favorite option because of the love and passion that it represents. They can also be a more budget-friendly alternative to rubies.

Garnets are often paired with diamonds or white topaz on the sides of the gemstone, which creates contrast, and highlights the hues of the garnet. Yellow gold and rose gold are classic metals that bring out the warmth of red garnets, or white metals can be used for a bold and modern contrast. Silver, platinum, and white gold with garnet show a contemporary sense of style.

Garnets need more protective care than diamonds, but with proper cleaning and gentle treatment, they can still be used for daily wear. If a garnet does become scratched or damaged, replacement is usually an option.

Care and Cleaning of Garnets

Garnets have a moderate hardness, usually between 6.5 – 7.5 on the Mohs scale.  They aren’t as hard as diamonds, so garnets require a little more caution and careful cleaning. Garnets can be cleaned by mixing 3-4 drops of liquid detergent in a bowl of water. The stone can then be brushed on its surface with a lint-free cloth or soft bristle brush. After brushing, the garnet should then be submerged in clear water. Finally, the stone can be dried with a lint-free soft cloth.

Professional ultrasound cleaning is also an option, but should only be used in a garnet without flaws or damage. Garnets should never be steam-cleaned, since the heat could cause garnet to fracture. Any exposure to intense heat is best avoided with garnets.

When garnet jewelry is stored, it should be kept separate from other stones that might cause scratches. If they are to be stored in the same box, plastic or fabric barriers can be used for protection. Velvet or silk are good choices for gentle protection of the stones.

Garnet jewelry should be kept away from harsh chemicals. It’s best to put on garnet jewelry as a last step in the morning, after any lotion, perfume, or hairspray is used. It should be removed for swimming, cleaning, or anything that might cause excessive rough contact with the stone.

A Garnet for Every Occasion

The classic beauty of a red garnet will always be in style, but as you can see, garnets go above and beyond expectations with their versatility. You may even consider getting garnets of a few different colors to compliment every outfit. With so many varieties of garnet to choose from, it’s easy to find a stone that shines as much as you do.

Browse our gallery of past Custom Jewelry Design creations to get your creative juices flowing!

From sketches to real life work of art. We’ll help you create your one-of-a-kind Custom Jewelry in record time!

Stay in touch and let us know if your Custom Jewelry design creation takes your breath away!